UN Judge Claudia Fenz arrives in Prizren full of optimism and illusions. The Austrian judge is supposed to help establish „rule of law“ and democracy in Kosovo. During a court procedure against young Albanians accused of having participated in the killing of two Serbs, Judge Fenz learns of the existence of a local council of village elders who arbitrate in cases of conflict 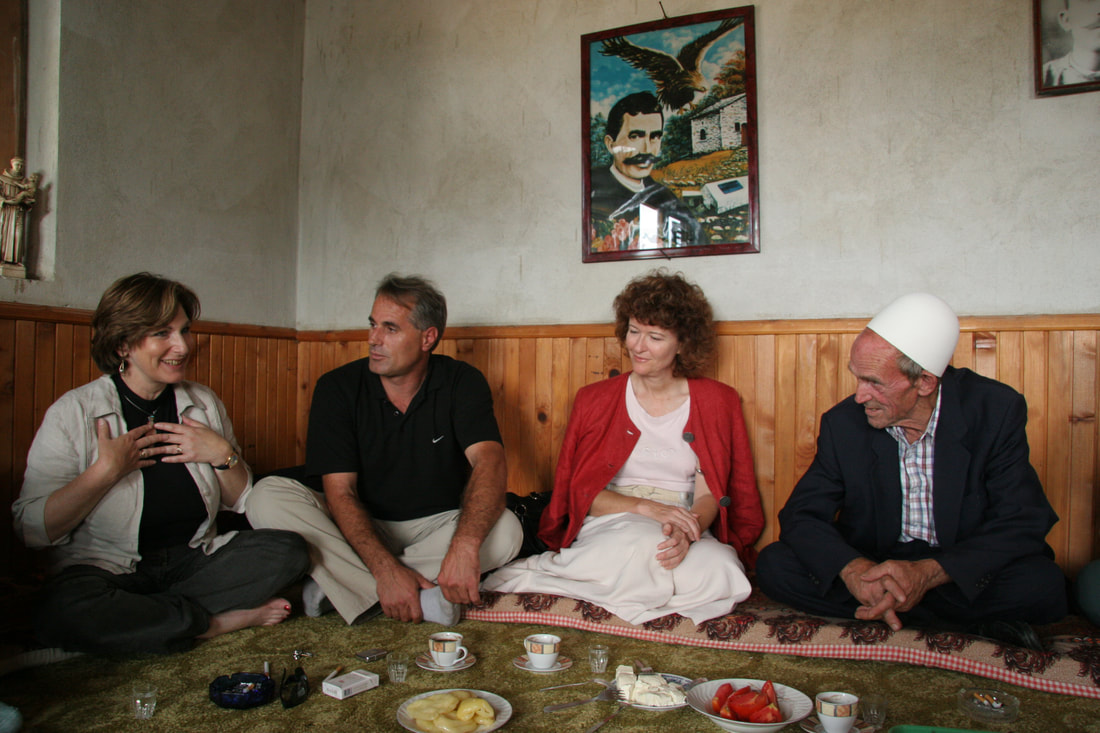 Was it planned from the very beginning to make Claudia Fenz and her job as a UN judge the central theme of the film?
No, I didn’t even know her. First of all I wanted to make a film about Kosovo, because it fascinated me that the UN is trying to create a state from the very scratch and import democracy there. It was by chance that I then ran across an article, which mentioned that an Austrian judge had been posted in Kosovo as a UN judge.

Why was a UN judge – irregardless of her  opinion – the ideal choice for the main protagonist?
In Kosovo there is an over 600 year old customary law, the so-called „Kanun“, which regulates every-day life. Even though there are some elements in it which I personally can’t at all accept, I found it exciting that the UN is trying to implement democracy in Kosovo without having any idea that this customary law even exists and that the people of Kosovo have their own very old culture. Basically, there are two parallel worlds:  the UN and the „locals“.

When did it become clear to you what direction your film would take and especially what direction your protagonist would take?
In the beginning, the only thing I knew was that the court trial would be the red thread. The idea with the village counsels first developed, after I had brought Claudia together with my translator, Osman.

So does that mean you didn’t have to formulate those questions yourself which were essential to you and your film?
Generally I kept myself out of it, since I knew what I could expect from certain situations. As soon as I brought Claudia and Osman together, I knew that the kind of confrontation I wanted would happen. I knew how Osman thought and that two conflicting worlds were going to clash with each other, so that there would be a lot of emotions expressed.

Did the presence of the camera and the film team influence this dialogue - make it either  more difficult or perhaps even stimulate it?
I don’t think so. With Osman, the camera was not so much important as Claudia herself being the stimulating factor. It was the same with the village counsels: for them it wasn’t so important that we were there - what counted was that they met a UN judge and could exchange their thoughts with her.

Wasn’t filming during the court trial a problem?
Well - we were there, and of course it would be an illusion to say we were invisible. But we positioned ourselves in a corner, and I promised Claudia that we wouldn’t move. She herself completely forgot the camera. And the others were so concentrated on their own business that they were completely indifferent to the camera.

Being a woman, did Claudia Fenz have a hard time in her role as a UN judge?
You could see in court that it was a big problem for the defense counsels. For a patriarchal society, it’s naturally extremely difficult to find yourself confronted with a female judge and not only that, but also with a female prosecutor, who both all of a sudden have everything under their control. Claudia had to fight really hard for the respect that was finally shown her in court. In fact, in the beginning they effectively tried to push her beyond her limits.

And steering away from the courtroom provided a dramaturgical plus…
I try very hard always to keep in mind how a story line builds and to make sure that there is a dramaturgic development. For example, Claudia Fenz is actually on a sort of quest, because in the courtroom she recognizes all of a sudden: wait a minute, something’s not working the way I expected it to; there’s a problem here and I have to figure out what makes these people tick. From that moment on, we practically accompany her and get to know the culture and the people seen through her eyes. This in itself has a lot of suspense – and elaborating on something like this is a long-standing and time-tested dramaturgic device, which still remains very interesting.
Interview: Robert Buchschwenter
Impressum